Arash Mafi earned his Ph.D. in theoretical high energy physics from The Ohio State University in 2001. Following postdoctoral appointments at the University of Arizona in Physics and The Optical Sciences Center, he joined Corning Incorporated as a Senior Research Scientist working on optical fibers and liquid crystal displays. He moved to the University of Wisconsin-Milwaukee in 2008, where he was an Associate Professor of Electrical Engineering and Computer Science, before joining the University of New Mexico in 2014. He is currently a Professor of Physics and Astronomy.

Prof. Mafi served as the General Chair of the Optical Science and Engineering (OSE) Graduate Program in 2015 and has been the Director of the Center for High Technology Materials (CHTM) since July 2016. He is a Fellow of the Optical Society of America (OSA), a Fellow of the International Society for Optics and Photonics (SPIE), and a Senior Member of IEEE. He is also a recipient of the NSF CAREER Award in 2013. His research group's work on Anderson Localization was selected by Physics World of the Institute of Physics (IOP) as a Top 10 Breakthrough in Physics in 2014. Most recently, in 2020, his research group, in collaboration with Prof. Sheik-Bahae and Prof. Tünnermann, demonstrated the first laser cooling of silica. His research focuses on integrating fundamental science and application at the intersection of quantum nonlinear optics and complexity. In recent years, he has mainly explored the quantum and nonlinear aspects of light-matter interaction in complex and disordered photonic structures, both in fundamental science and device applications.

Professor Bieber has been a member of the UNM Department of History since 1994. Prior to joining the UNM faculty, she earned her Ph.D. in History from Johns Hopkins University and a B.A. in Anthropology from Rutgers University.  Professor Bieber’s teaching and research focus is on Latin America and the Atlantic World, with a focus of the history of Brazil’s interior during the eighteenth and nineteenth centuries.  She explores the dynamics of cultural interactions among peoples of indigenous, African, and European descent in both her research and teaching.  She publishes in both English and Portuguese-language scholarly venues, and in recent years has increased her engagement with scholars in Brazil, including those affiliated with the Antigo Regime nos Trópicos working group. Dr. Bieber has served on numerous college-level committees and has contributed service to the Spanish & Portuguese Department and the Latin American and Iberian Institute.  She has a distinguished record of graduate and undergraduate teaching and advisement and was named UNM’s outstanding Teacher of the Year in 2015.  Professor Bieber finds inspiration in the successes of UNM’s diverse student body, faculty and staff and looks forward to supporting UNM’s mission in the role of Senior Associate Dean of the College of Arts and Sciences.

In addition to her College roles, Julia is currently the Director of ADVANCE at UNM and Professor in Chemistry and Chemical Biology.  She served as Vice President for Research and Economic Development from 2008-2012 and prior to that was chair of the Department of Chemical and Nuclear Engineering from 2002-2008. She came to UNM from Kent State University in 2002, where she as a faculty member in the Chemistry Department and a member of the Honors College. She is a Fellow of the American Vacuum Society, a Student Service Provider of the Year from UNM Student Affairs in 2012, a NM Business Weekly Power Broker in 2010, and received a Distinguished Teacher Award from Kent State University in 2001. She received her Ph.D. in analytical chemistry from the University of North Carolina.

Chris has been a member of the UNM Department of Geography and Environmental Studies since 2012. He earned his Ph.D. in Geography from San Diego State University and the University of California, Santa Barbara, and his M.S. in Geographic Information Science from Clark University. Professor Lippitt’s teaching and research focus on remote sensing and geographic information science (GIScience). His research requires routine collaboration with government, private sector, and extra-disciplinary cooperators and accessing a diverse array of federal, state, and private funding sources. He has started several research-derived companies, helped students launch their own, and advised teams though the NSF iCorps Research Commercialization Program. Chris is the founding Faculty Coordinator of the Interdisciplinary Science Cooperative (IS Co-op), Director of the Center for Advancement of Spatial Informatics Research and Education (ASPIRE), and Graduate Program Director supervising the New Mexico Doctoral Program in Geography, a joint program with New Mexico State University.

Professor Nepstad has been a member of the UNM Department of Sociology and Criminology since 2009. Prior to joining the UNM faculty, she earned a Ph.D. in sociology from the University of Colorado-Boulder and held a post-doctoral fellowship at Princeton University’s Center for the Study of Religion. She previously held faculty positions at Regis University, Duquesne University, and the University of Southern Maine and was a Visiting Fellow at Notre Dame University’s Kroc Institute for International Peace Studies. Dr. Nepstad’s expertise is in the areas of social movements and contentious politics, peace and conflict studies, and the sociology of religion. Her research has focused on the role of religion in mobilizing movements that aim to obstruct war, protect human rights, and promote democratization. She has also written extensively about nonviolent resistance in revolutionary struggles against authoritarianism. In 2021, she received the Distinguished Career Award from the American Sociological Association’s section on Peace, War, and Social Conflict. Professor Nepstad has served in various capacities within UNM’s College of Arts and Sciences. From 2009-2012, she was the Director of Religious Studies. She served as the Chair of Sociology and Criminology from 2012-2014 and again from 2016-2021. Dr. Nepstad looks forward to working with departments within Arts and Sciences to promote strong undergraduate and graduate initiatives that will enhance student success from admission through degree completion. 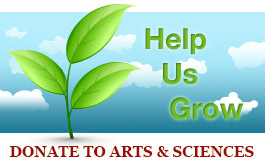 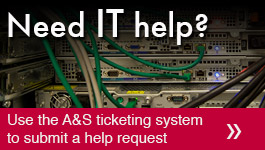